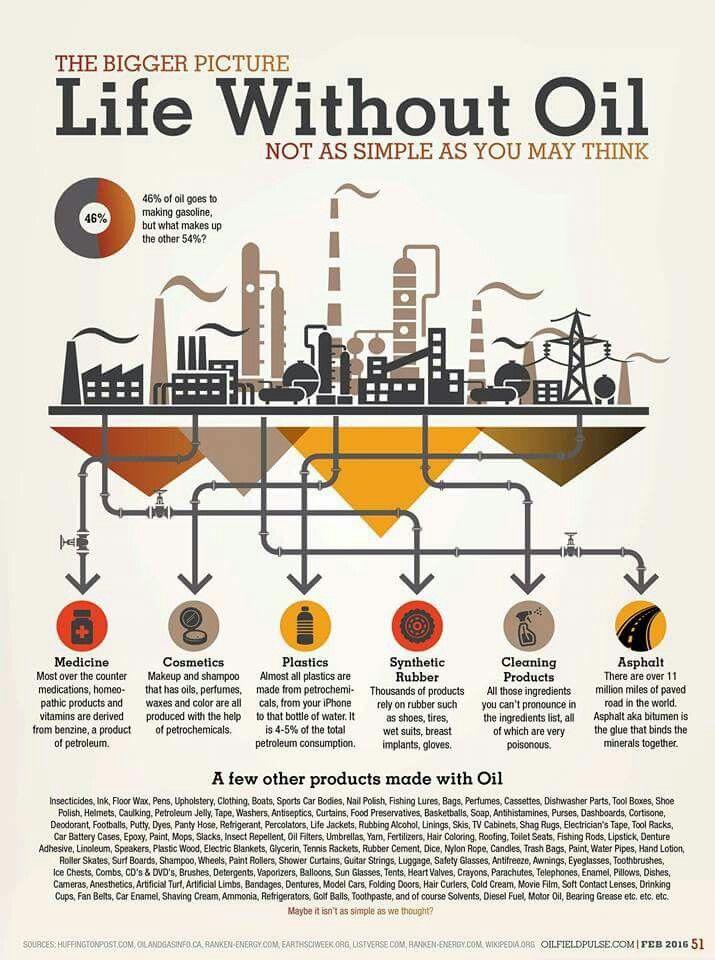 Global economies depend on a stable and affordable energy supply, and energy security is a backbone of economic strength for many countries in the world. In order to keep pace with current demand and to prepare for the future, it is vital that exploration for new oil and natural gas reserves continues.

O’Brien Energy is committed to operating responsibly in our industry and to sharing knowledge and resources to further understanding of the oil and natural gas exploration and production process.

Crude oil is a form of liquid petroleum, extracted from rock, sandstones, limestones and other formations. Oil is used for transportation, heating and many other purposes, including the manufacturing of plastics, chemicals, pharmaceuticals, and fabrics including nylon, vinyl, polyester and acrylics.

The United States leads the world in total petroleum production, ahead of Saudi Arabia and Russia in 2017.

The United States is the world’s largest consumer of petroleum-based products.

Due to the efforts of independent exploration companies, US dependence on imported oil has been reduced substantially in recent years.

The oil industry needs to add 33 billion barrels of crude every year to satisfy anticipated demand growth, particularly as developing countries such as China and India are consuming more oil.

In 2018, new worldwide investments in oil are set to account for an increase of only 20 billion barrels.

Members of the Organization of the Petroleum Exporting Countries (OPEC) produce about 44.1% of the world’s crude oil, and possess almost 81.5% of the world’s total proven crude oil reserves, according to OPEC and US Energy Information Administration data.

Natural gas produces less than half the CO2 emissions of coal when burned and far fewer other particulates and emissions. When burned to heat homes or for industrial uses, it releases 25-30% less CO2 than oil and 40-50% less than coal per unit of energy produced.

Natural gas is thought to have been first discovered in the Middle East between 6000 and 2000 BC when lightning strikes ignited natural gas seeping from the ground.

The first pipelines were built in China in 500 BC. The lines, made out of bamboo, moved gas which was used to make evaporated salt brine.

Naturally occurring natural gas was found in the USA in 1626, when French explorers discovered Native Americans igniting gases that were seeping into and around Lake Erie.

The American industry really took off in 1859, when former rail conductor Colonel Edwin dug the first well and found oil and natural gas 69 feet below the earth’s surface.

There are over 11 million road vehicles worldwide that run on natural gas as a fuel. The gas is used in a compressed or liquefied state to power cars, buses, taxis, trucks and heavy equipment.

Liquefied natural gas (LNG) is made when natural gas is cooled to the temperature of minus 260 Fahrenheit (-162 Celsius). When it becomes liquid its volume is reduced 615 times which occurs by cooling the gas. LNG can then be transported and marketed worldwide by land or sea.

Hourly every night, the volcano in front of the MGM Mirage Hotel in Las Vegas erupts and is fueled by scented natural gas.